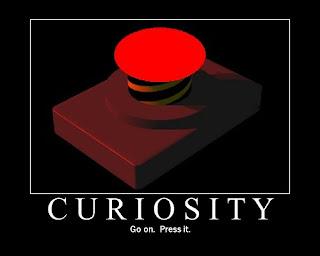 Gabriele Pauli of the German Christian Social Union party has proposed that marriages expire after 7 years unless legally renewed. Officially, Pauli is running for leadership of the conservative Catholic party. She had no chance of being elected, even though she did help bring down the previous leader. The twice-divorced politician is prone to stunts with the adolescent ambition of "shaking things up." This is another stunt. This idea is like the proposal made by famous feminist sociologist Jesse Bernard, after her own divorce, that marriages be five-year renewal contracts. That didn't go anywhere either. The whole idea misses the point: marriage is the most transformative relationship that you can choose to enter just because it is permanent and total. And children need permanent parents, not adjunct grown-ups on temporary contracts.
Posted by Gruntled at 7:42 PM No comments:

The Food and Drug Administration has banned the importation of sperm from 30 countries where there were some cases of mad cow disease. Now the sperm banks are running dry. I am not so concerned about the sperm banks. I do think it is a bad idea to take away everyone's choices due to an infinitesimal risk to a few. This is the bad side of the nanny state. It would be reasonable to require sperm banks to inform their customers of the risk. I am sure their lawyers would want all customers to sign armor-clad waivers. But still, this is a risk that people could decide for themselves.
Posted by Gruntled at 1:37 PM No comments:

Longest Divorce Case Puts All the Kids in Therapy

Peter and Nancy Tauck are my nominees for today's "worst person in the world" (as seen on Countdown). At the end of their record-setting 86 day divorce trial, which cost $13 million to prosecute, Nancy had falsely charged Peter with sexually molesting their small children. The investigation of the sexual molestation charge so messed up the kids that they are now in therapy. Both parents have been ordered to Alcoholics Anonymous. Nancy is allowed only a ten-minute daily phone call with the kids, which will be monitored. And she only gets $33,333 a month in alimony.
Posted by Gruntled at 8:29 PM 3 comments:

The Democratic Center Beats the Netroots

I am a professional and a blogger. I have stickers for Edwards and Obama on my minivan. But I think it is a good thing that my party is likely to nominate a solid candidate, like Senator Clinton, who can actually appeal to the center and win the election. The primaries are by no means settled, and many things can happen between now and the decisive Kentucky primary next May (ok, I am probably dreaming on that last point). I like our whole team, and will support the nominee. The other sticker I have on my van is for General Wesley Clark, who I would still vote for as I did last time. Realistically, I would like to see Gen. Clark as Secretary of State.

The point is, though, that the center really does lead where it counts. At the Gruntled Center, that looks like a good thing.
Posted by Gruntled at 2:47 PM 5 comments:

Why Should God Bless America?

At a conservative Christian Value Voters conference a church choir sang "Why Should God Bless America?," a parody of Irving Berlin's "God Bless America." The new version asks why God should bless us when we deny that he exists by banning public school prayer and legalizing abortion. The Values Voters received it with thunderous applause.

Steven Benen of the liberal Talking Points Memo (linked above) imagines that a liberal parody of "God Bless America" would draw the ire of conservatives for messing with an American classic.

There is, though, a liberal answer to "God Bless America" - not a parody, but an alternative vision of God's relation to the United States. This alternative, Woody Guthrie's "This Land Is Your Land, This Land Is My Land," was originally titled "God Blessed America for Me."

I embrace both Irving Berlin's and Woody Guthrie's vision of what America owes God, and thank them for writing two of the three greatest hymns of our civil religion (the third being "America the Beautiful.")

My gripe with "Why Should God Bless America?" is that its theology is backwards. The Values Voters expect God to bless America if we would just choose to follow a few rules. This view of God is too small, too tit-for-tat, while their idea of human goodness is way too optimistic for this Calvinist. Irving Berlin, by contrast, is asking God to stand beside America and guide America because we are not capable, without providential assistance, of choosing the right path.

The Values Voters want God to sign a contract with America. The grand old hymn asks, in grateful supplication, for God's blessing and help.
Posted by Gruntled at 4:47 PM 3 comments: