The Only Things We Have to Fear Are Fearmongers Themselves

Of course there are real problems and real dangers.  Nonetheless, most Americans are happy with their own lives.  This reflects the fact that there are many, many things right with our society.  Moreover, we solve problems all the time.  We have a strong tradition of improving, which is as active at this moment as it ever has been.

It is a psychological quirk of human beings that we pay more attention to threats than to blessings.  This makes us think that a large proportion of our life conditions are dangerous.  Yet a calm inventory of each of the people and institutions that we rely on each day would clearly show that most of what we depend on is actually working.

In my judgment, the people who spread fear are a greater danger to the happiness of society than are the people and circumstances they are afraid of.
Posted by Gruntled at 10:44 AM 5 comments:

I was struck by a helpful analogy between two literatures that I have been reading.

Aristotle, in the Nicomachean Ethics, says that the main end of life is happiness.  Happiness, he says, is an action of the soul in accordance with virtue.  The whole middle of the book is a detailed consideration of the action involved in cultivating each of the main virtues.

And then in the last chapter he throws a curveball.  He says that there is a virtue that is different from all these active virtues.  It is higher, and ultimately makes those who can achieve it the happiest of all.  This is the virtue of contemplation. Contemplation is what the gods do often, and in contemplating we come as close to being like the gods as human beings can.

The sociology of religion finds over and over again that the religion has many good effects for religious people.  The main good effects come to those who participate in religious institutions, becoming part of a network who help one another and who spur each other to help others, as well.  This leads some people to say that religious institutions are really just social clubs, and the same benefit could be had from all kinds of secular social clubs.

However, in the last chapter, as it were, the sociologists of religion find that there is a kind of religious experience that is different from all this social relationship practice.  It is higher, and ultimately makes those who achieve it the most fulfilled of all.  This is the practice of contemplating and experiencing God.

Is Marriage for White People? Is a Pretty Good Analysis

Banks' main conclusion is that the imbalance in the relationship market is the main culprit. There are many more black women ready for marriage than there are black men. This lets black men, as a group, get the benefits of marriage, including children, without the obligations.

Banks concludes that if black women were more willing to marry out, the power balance would become more even. In the end, more black men and women would marry each other.
Posted by Gruntled at 10:32 PM 3 comments: 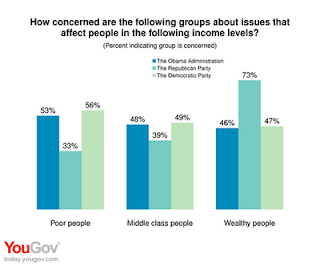 There is a kind of balance in this division of labor, with each party holding down their end of the seesaw.

People of both parties and no party agree that millionaires should be taxed more.  Even about half of Republicans agree on this point.