This one comes fully formed from my sister, writing about her five year old.


Danny, sotto voce, while flinging himself about: "Gryffindor: infinity! Yay! Yay!"
Posted by Gruntled at 8:09 AM 2 comments:

If that headline doesn't strike you as odd, you are deep in the civil religion. Many churches have Super Bowl parties, showing the game on the big screen that they normally use for hymn lyrics. These parties are designed especially to draw men and teens who usually avoid going into the church. Some churches use them as fundraisers.

Until this year. The NFL is enforcing the copyright deal it worked out with the government that forbids anyone to show its games on screens larger than 55". Sports bars are exempt. Churches are not.

I think this is actually a good thing for churches. It is very dangerous for churches to simply be absorbed into the civil religion. Churches need some tension with the world, or there is no point in going. Without that tension, churches are another part of the state/school/mall, with worse seats and terrible bread.

Churches need to be in tension with all the world's institutions. And that includes the NFL.
Posted by Gruntled at 11:16 AM 1 comment: 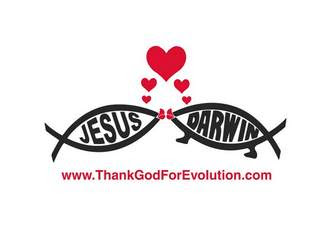 Dowd and Barlow are extolling a middle way that reconciles Christianity with evolutionary views.
Posted by Gruntled at 8:00 AM No comments:

Gordon Hinckley, the Priest, Prophet, and Revelator of the Church of Jesus Christ of the Latter Day Saints, died yesterday at 97. He had been the top Mormon for 13 years. This is very long reign for a Mormon Prophet, since they usually succeed to the job after decades working up the hierarchy. Hinckley's likely successor, for example, is 80.

I see Hinckley as the Mormon John Paul II because, like the late, great Pope, he served a long time, traveled extensively rallying the faithful, and was aggressive but positive about his faith. Moreover, Hinckley oversaw the shift of the Mormon majority from the Utah and the USA to the global south -- a miniature version of the massive shift of Catholic strength from north to south since John Paul's election in 1978. 1978 was also a big year for the Mormons: that was when the top leaders had their "pentecost moment" and received a new revelation to open the priesthood (full church status for Mormon men) to black people. Hinckley took that revelation and ran with it. In his term as Prophet, almost two decades later, Hinckley oversaw a slew of new LDS temples in Africa and Latin America.

Mormon growth, like Christian growth in most denominations, is greatest south of the equator. Hinckley's successor will be an old white man from Utah, and probably the couple of successors after that. Someday, though, not to long from now, the Mormon Prophet will be a darker-skinned man from far away.
Posted by Gruntled at 7:35 AM 1 comment:

No Country for Old Men

... is a great movie. I think the Coen Brothers are great moviemakers. They have made very few bad ones. I can see echoes of their previous movies in this one, especially those set in the southwest.

There are serious religious themes here.

A hunter finds a bunch of dead guys and a lone survivor of a bad drug deal. The survivor asks for water. The hunter ignores him and goes after the money. If he had left it at that, he might have gotten away with the money. But conscience comes to him in the night, and he goes back with a jug of water - the very model of Christian service. When his wife asks him why he is going out in the middle of the night, he answers: "to do something stupid."

As a result, a relentless, but strangely rational killer tracks him, leaving a very bloody trail. And a soul-tired old sheriff, a Tommy Lee Jones character played by Tommy Lee Jones, understands what is going on, and tracks the killer. At one point he tells another cop that he thinks the killer is not a lunatic, but a ghost.

The killer vs. hunter plot is the gripping foreground tale. Ultimately, though, the sheriff is the protagonist, and the real story is how he wrestles with his own conscience and principles. I think the keystone scene comes late, when the sheriff is talking to an old lawman, crippled by a villain years before. Tommy Lee Jones says "I thought when I got older, God would somehow come into my life. But He didn't."

I will not say more about what follows. The ending is ambiguous. It is designed to leave open the question of how the main story ends. I believe the Coen Brothers deliberately left open the question of whether God did, does, or will come to the old sheriff -- and whether justice will be done.

I think so.
Posted by Gruntled at 8:10 PM No comments:

Students at the Creation Museum

I took my Sociology of American Religion class to the Creation Museum as the final, and fanciest, field trip of the term. The students ranged from incredulous evolutionists to of-course creationists. Most of the students were religious, and most believe that God created the world. They accept old-earth evolutionist views because that is what they have been taught. Even the creation-confident were mostly very skeptical of the museum's view that all of Creation is only 6000 years old.

What struck me the most about their reactions, though, was that most of them had never really thought about how creation and evolution relate to one another. They simply accept both as true, without trying to reconcile them. The stronger Christians were inclined to accept the museum's version of how creation worked, because it is the only elaborated theory they have ever heard. The more secular-minded students were inclined to reject the museum's argument, because they accepted the museum's contention that the only alternative to their view was the materialistic atheism of "human reason."

I think the polarization of this debate has been very bad for critical thinking. When you sit down and think about the possibilities, there are dozens of ways to reconcile creation and evolution, and thousands of middle pathways on any particular empirical mystery between the two extremes.

I think the weakest part of the Creation Museum argument is the idea that the universe must have been created in about 4004 B.C. Most people believe in creation. Most scientists will accept that there are alternative theories about how old the universe is, from very very old to unimaginably old. It is not hard to reconcile creation, even biblical creation, with an old or oldish universe. Without the Procrustean bed of Bishop Ussher's dating scheme, I think most creationists and evolutionists could come to a broad common ground.
Posted by Gruntled at 5:18 PM 1 comment: