My friend and colleague Phyllis and I were honored by two of our wonderful students, Kerri and Ezra, for Halloween. 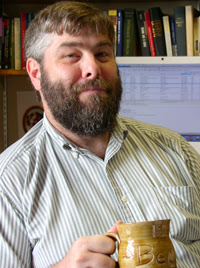 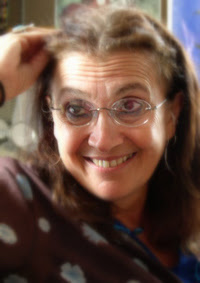 The Associated Press and Ipsos did a poll of attitudes toward distributing birth control in schools. The headline in many papers, our local one included, was "67% Favor Birth Control for Students." Yet when you look at the actual poll, here is the result to the crucial first question:

Which would you prefer for the public schools in your community?

I think it is misleading to say simply that two-thirds of American adults favor school birth control. And none of the articles publish this breakdown of the answer -- you have to go to the AP/Ipsos site and look at the detailed results.

There is another finding of this survey, not reported in the AP article, that I think is more interesting:

What do you think is the better way to reduce the number of pregnancies among teenagers?

That is, the country is evenly divided on whether sex education should focus on abstinence or on birth control. Moreover, the survey did not ask any more nuanced question, such as should sex education teach both abstinence (the best plan) and birth control (not as good, but better than nothing)?
Posted by Gruntled at 6:35 PM No comments:

The AP has a fun story on high school libraries opening coffeehouses. Young people today are not in the library habit as previous generations (mine) were. The school gets more kids to come to the library, the business students learn to run a business, and the school makes money. And kids get their morning caffeine.

Some people think that kids getting morning caffeine is a bad idea. That ship has sailed. We have been running the field tests on caffeine for at least 500 years, and the results are pretty good. It is mildly addictive; it does stimulate the brain. Good enough.

The librarian at Hasting High in Houston reported some results on how the coffeehouse affected student use of the library:

Coffee and books go together.
Posted by Gruntled at 9:42 AM 1 comment:

A new study from the Max Planck Institute has found that married Europeans are showing a divorce spike after five years, rather than the old seven-year itch. They interpret this as showing that people today get bored with one another faster.

I disagree. The seven-year itch always made sense on sociobiological principles. Seven years after the wedding, many couples will have two kids, and the youngest one is likely to survive childhood. If he is going to leave, or if she has had enough of him, each can imagine that a divorce at that point would not imperil the children's survival. The adults might imagine that they are young enough to remarry, even have more children, if they leave then. They might even think that it would be better for the kids if they didn't remember life with the absent parent.

Most couples today cohabit for a year or two before marriage. They might even have kids in that state. In fact, it is often the pregnancy that pushes the cohabiters to marry in the first place. When we add in cohabiting years, the new five-year itch is pretty much the same as the old seven-year itch. All that has changed is where in the seven years the wedding occurs.
Posted by Gruntled at 2:35 PM No comments:

Diversity and the Homogeneous Unit Principle

The downside of diversity, as I noted yesterday, is that it reduces social capital and group trust. People are more likely to invest themselves deeply and give sacrificially to a group with which they share the deepest things in common.

Churches grow best and most explosively when they are based on cells of people who are like one another, who share the deepest levels of culture. Booming megachurches may be made of all kinds on Sunday morning, but they divide into cells of similar kinds on Wednesday night. This is called the homogeneous unit principle. It is the church-growth version of "birds of a feather flock together."

Big denominations can be very diverse. Big congregations can be somewhat diverse. But strong church cells -- the ecclesiola in ecclesia, however constructed -- need to be similar in the most important ways.
Posted by Gruntled at 2:58 PM 1 comment:

Diversity is Bad in the Neighborhood, Good at Work

distrust their neighbors, regardless of the color of their skin, to withdraw even from close friends, to expect the worst from their community and its leaders, to volunteer less, give less to charity and work on community projects less often, to register to vote less, to agitate for social reform more but have less faith that they can actually make a difference, and to huddle unhappily in front of the television.

At the same time, Michigan political scientist Scott Page reports in The Difference: How the Power of Diversity Creates Better Groups, Firms, Schools, and Societies that people from diverse cultures make good work teams because they approach the same problem in different ways.

These two findings make sense to me. At work, in "secondary groups," we bring to bear only the relevant parts of our cultural background, suppressing the parts that aren't appropriate to that setting. In our families and neighborhoods, on the other hand -- our "primary groups" -- we bring all of our culture to bear on everything. We need to be able to live with and trust the people in our house. Our lives are better if we can live with and trust the people on our street to share our values.

Some people, Putnam included, view his findings with alarm. I do not. I think his study shows that race is a bad proxy for culture, and is getting worse all the time. When people view different race as a sign of different culture, they have reason to be anxious every time someone of a different race appears in their primary group. In a family, we can get to know individuals, and make a more informed jugment about whether this individual relative is or is not like us, regardless of the other social groups they may be part of. In a neighborhood, on the other hand, it is harder to find out what the neighbors are like -- especially if we view each other with suspicion.

The solution, I think, is to realize that race does not tell us much about someone else's values. Really, class is a much better indicator of whether the new family on the block is like us or not, and the outward indicators of class and status are still pretty crude. If we start from the assumption that people who have the money and the desire to move into our neighborhood are going to be like us in their class values, we might face ethnic diversity -- and sheer change in the neighborhood -- with less anxiety.

Cultural diversity is good for the nation as a whole, and good for the secondary groups within it. Cultural diversity needs to give way, though, to shared values at home, or the family won't work very well. Families do absorb new cultural elements, but slowly and for personal reasons. Neighborhoods are the battleground between these two principles.
Posted by Gruntled at 8:29 PM No comments:

On the Evangelical Crackup

The New York Times Magazine today has an excellent article by David Kirkpatrick on the disillusionment of evangelical Christians with partisan Republican politics. Many of the old religious right warriors are becoming disenchanted with how little they have gotten for preaching the gospel of tax cuts and the Iraq war.

There are lots of people who do not really understand politics. If you think 9/11 changed everything, you weren't paying attention; worse, you didn't think you were supposed to.

Many evangelicals are serious about the gospel at the individual, moral, person-to-person level, but just don't see how it is relevant to the social, ethical, group-to-group level. For them, politics is an intrusion on normal life, and the objective of their political action is to fix the intrusion so they can get back to their normal, apolitical lives. The religious right became a mass movement when the school prayer decision and the abortion decision intruded on their lives. They wanted a moral majority to put things back the way they were.

The political operatives who invented the Moral Majority, Inc. saw an opportunity. Their agenda was lower taxes, especially on corporations and large estates, less regulation of business, and more military and diplomatic force to promote American business and state interests. School prayer and abortion were not really their issues, but they saw a way to turn temporarily politicized religious people into a useful voting block for their primary interests.

The key point here, I think, is that evangelicals were always going to be a temporary voting block, and they were never going to permanently mobilized by the issues that mattered most to business conservatives. I have seen many a conservative Christian tie themselves in knots trying to explain why the gospel required that were cut business taxes or the "death tax" or build a larger Navy.

When apolitical evangelicals figured out that politics is mostly about material interests and always requires compromise, they would lose interest. Unlike the secular left, the religious right always has the option of giving up on politics because it is too political. Politics is an inherently bad way to preach or enact the gospel. The evangelical crackup is mostly what happens when people who are Christians by conviction and political by necessity figure that out.
Posted by Gruntled at 10:42 PM 3 comments: