Why I am marching today


Today I will join millions around the country and the world in a "Women's March." The impetus of the march looks back - to protest the election of Donald Trump as president of the United States. Not to contest the election - he won under the rules, if only on a technicality. But to protest the fearful nationalism of his official platform, and to oppose the elements of his coalition who are much worse than that.

That was the impetus of the march - of the many marches.

The meaning of the marches, though, looks forward. America is a great nation already. Part of our greatness is a willingness to face our problems and fix them. America has been steadily getting better, and helping the world get better.

I am marching for what, as Langston Hughes said, America will be. 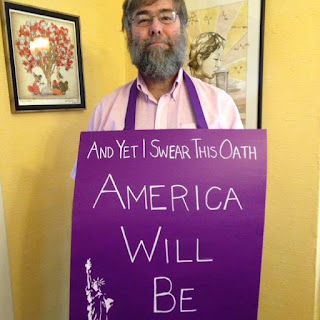 "Fearful nationalism?" It is about time we have a President whose focus is on the United States and its citizens. Please explain to me why giving precedence to our Nation is wrong?

"Our Country: in its intercourse with nations may she always be in the right. But right or wrong, our Country." Stephen Decatur (a peer of Andrew Jackson).

Yes, Please explain to me why giving precedence to our Nation is wrong?