Have a Witty Halloween 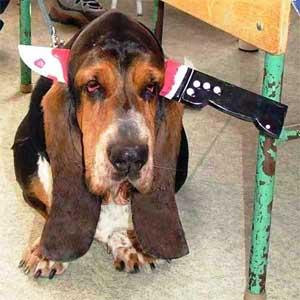 Deskilling and Feminizing an Occupation

In our Social Structure class we are considering Barbara Reskin's "Labor Markets as Queues" and Warren Farrell's Why Men Earn More.

Reskin notes that an occupation draws more women when it is "deskilled." This also leads to pay going down. She treats this as evidence of discrimination against women.

Farrell notes that an occupation draws more women when the task is made easier and working conditions get better. This also leads to pay going down. He treats this as evidence of what happens when the supply exceeds the demand for a job.

In general, Reskin treats lower women's wages as discrimination against women, even though it costs employers more to hire men at higher wages.

Farrell points out that if employers could really get the same work from women, or any kind of workers, for lower wages, the employers would hire them. If it is not illegal to hire from the less-likely group, then some employers will break ranks with custom to save money and reap a competitive advantage.
Posted by Gruntled at 7:32 AM 3 comments:

The perennial hope of the self-indulgent, especially, rich, self-indulgent men, that some moral authority will let them have all the benefits of marriage while fooling around is being fed by "science" again. But monogamy, the human norm through all times and places, is not about to fade away. Monogamy is not "unrealistic"; it is just a challenge.
Posted by Gruntled at 3:05 PM 6 comments:

The excellent Taylor Swift has a good new song that will do more good than an abstinence-only sex ed class:

It's your freshman year and you're gonna be here
For the next four years in this town
Hoping one of those senior boys will wink at you and say
"You know, I haven't seen you around before"

Thanks to Smartmarriage for the alert
Posted by Gruntled at 7:33 PM 2 comments:

Serial Divorceniks Ruin the Divorce Rate for Us All.

I think that explains the famous "50% divorce rate," which is puzzling since most marrieds never divorce. The small numbers of serial divorceniks do it so often that they bring everyone's average down to what seems like a crap shoot.

This reminds me of the solution to the statistical puzzle of the higher intercourse rate of men than women. Gay men account for a small portion of the gap. A bigger part of the gap is closed by a small number of women who have sex with many men - that is, prostitutes.

D.C. Marriage Rate Is Low Because People Leave the City When They Marry

The marriage rate in the District of Columbia is half that of the average of states - a bit over a quarter, vs. a bit over half, of all people. Newsweek blogger Katie Connolly got the explanation mostly right, but her analysis was overshadowed by her comment that D.C. is segregated by apartheid.

Connolly cited three factors that reduce the marriage rate in Washington, D.C. Most of the city residents are African American, and a high proportion of them are poor, the two groups with the lowest marriage rates in America. Second, whites who live in the city are disproportionately highly educated young, Democratic, and women - three groups who do marry, but marry late. Third, the homosexual population of D.C., at about 8%, is double the proportion you would find in a state.

The main reason the D.C. marriage rate is low, which Connolly cites but does not lean on as the main reason, is that it is a city, and a poor one at that. When black D.C. residents marry, have children, and start to move up in class, they leave the city for the suburbs, especially Prince Georges County, MD, which probably has the largest black middle class of any county in America. When white yuppies from all over come to Washington to work on public policy they find a fine city to live and work in - until you have children. Then they move to the suburbs.

Or, if you are really fortunate, and Mrs. G. and I were, you move to Danville, KY to raise your kids.
Posted by Gruntled at 7:12 AM 6 comments:

Today was our 225th birthday celebration. I got to teach the Sunday School version of all of that history in 50 minutes. That kind of class requires a great deal of compression.

Danville is in the center of Kentucky (that is why Centre College is so called). Kentucky is a border state. Churches in the border states have a strong reason to pursue a moderate course on divisive issues. And no issue was more divisive for the first two hundred years of the congregation's history than racial division. Kentucky was a slave state, and some members of the church were slaveholders. The leaders of the church, and the college they created, were abolitionists, even in the 18th century. They were moderate abolitionists, for gradualism and colonization. The church split in the 1850s, partly over abolition. It stayed split through the long years of Jim Crow segregation. After the Second World War, though, the old division was largely healed among the Presbyterians of Danville. After several false starts, the two congregations reunited in the 1960s, well before the national denominations did.

The Presbyterian Church of Danville began in 1784. The northern and southern Presbyterians finally caught up with our congregation and reunited in 1983. Racism is far from over in America, and there are no doubt pockets of it still in the Presbtyerian Church (U.S.A.). But the spirit of racism is gone. The reunion of the northern and southern branches sealed that change.